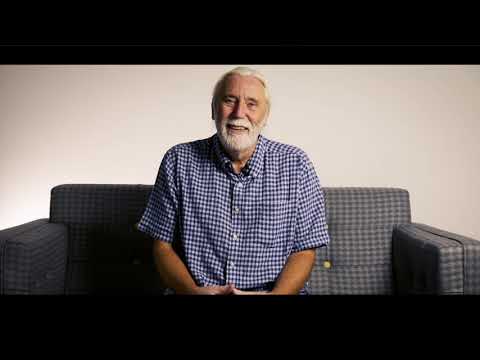 Björn Embren has been a Tree Officer in Stockholm since 2001 and a driving force in the city’s development of plant beds for trees in paved areas.

The Stockholm Biochar Project converts plant waste into biochar, which is used to encourage plant growth. The process sequesters carbon from the atmosphere (equivalent to emissions from 3500 cars) and will deliver a return, within 8 years, on the city’s investment of just over $1 million.

After winning the Mayors Challenge in 2014, the City of Stockholm built its own plant in 2016, to produce biochar from garden waste submitted to the city’s recycling facilities. The produced biochar is used in Stockholm plant beds.

Björn said that they were using biochar before it became a buzzword “We actually started using biochar with the city’s trees six months before we knew its name. We just thought it was simply charcoal, nothing else. It wasn’t until 2009, when I read a journal article about biochar, that I realized our “charcoal” was something special with many benefits we hadn’t ever considered. Having a name for it allowed us to learn more about biochar, both online and through academic contacts, and in 2011 we identified the potential to connect biochar with the existing recycling facilities in Stockholm.”

“When you give people the extra information about how to use biochar, it’s simple for them to understand the benefits. Plus, biochar gives people hope. It’s a way that you, through your individual effort, can do something about climate change. And that’s a nice thing.”